Not much to report although the two lists are ticking over nicely with jay and goldcrest both appearing in the garden and lesser black back in Stricklands Bay. Two flyover goldies at WOW were joined by a guillemot in the channel and brent at Kinnegar.

WOW continues to be hit and miss as they are still working at both islands when the tide is low so as they can finish the work before the breeding season kicks off in earnest. Thursday was windy with heavy showers so the feeders got  a few looks as there were up to 6 redpolls present. 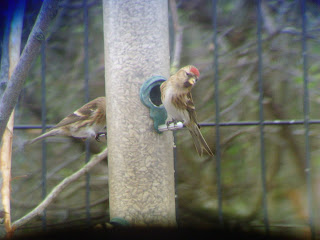 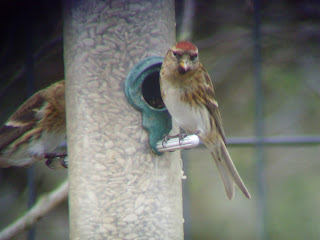 Most birds are tucked over on the far side and only the black tailed godwits come across for the millet seed. Their bar tailed cousins stay as far away as possible.