Birds are on the move

It isn't officially Spring tilll the equinox on March 21st but the birds are already on the move prompted no doubt by increasing daylight and warmer temperatures.  We had a ruff at WOW on Thursday as well as a pair of Mediterranean gulls. The weather and light were all good and I had 30 species all told with 6 redpolls on the feeders and 22 bar-tailed godwits roosting. Duck numbers are well down as they start to head north and from 160 lapwings we were down to 10. There are over 30 coots whereas in early February there were none. At one stage there were over 650 black-headed gulls and they are displaying and posturing, low tide and work on the island cleared them off. Some of the godwits are definitely more orange than others as they start to change into breeding plumage. Four nice shots below, as you can see not all the gullls are deterred by tape, ropes and CDs. Hopefully there will be some space for the terns to nest when they arrive.

The birding highlight for me was my first ever american wigeon in Dundrum Bay. No photos I'm afraid but there is a nice video of the bird here.

Two patch walks along the coastal path failed to turn up any new birds, roll on spring!! 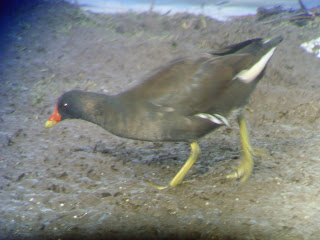 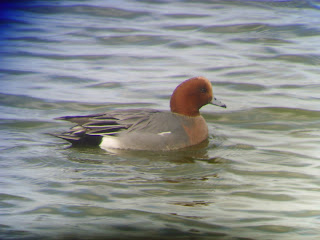 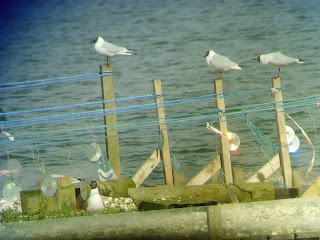 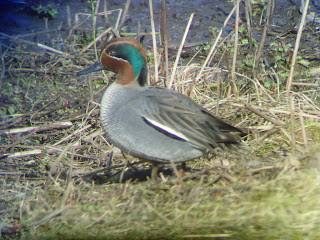