Quite a bird filled week as you will see when you read on. It started with me helping Bangor Central Primary with their big schools birdwatch as I did last year. Oystercatcher and carrion crow proved the best birds in 2016, this year went one better with a glaucous gull - just goes to prove the old adage that anything can turn up anywhere (within reason). This bird hasn't been picked up around Bangor and I haven't seen it on the patch - the school is about 500m away. We had entertained three classes and had the usual collection of gulls and corvids plus robin, blackbird, woodpigeon and coal tit when we stopped for break. That meant about 300 pupils running round the playground shouting and yelling when a mob of gulls flew in to grab leftover bread lying on the grass. We had up to 60 black-headed gulls, about 10 herring gulls and this great white brute. I thought glaucous straight away but dismissed the thought as highly improbable, but as time wore on I was convinced that is what it was. When the other gulls flew off it stayed on, when we resumed feeding after break it bullied the smalller gulls and came within 2 metres of the pupils. I fired off a photo to NI birds and bingo we had glaucous gull on the garden birdwatch list. You can catch up with the video here:

It was still around when I left at 12.00 and I was able to get a few photos as well as the video.  Apparently it is a 1cy bird - ie first calendar year. 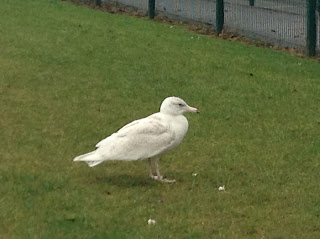 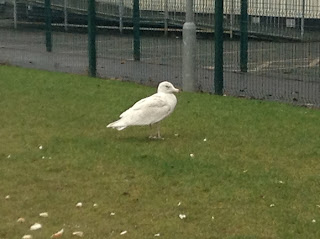 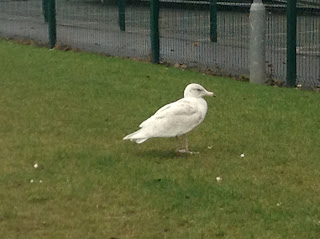 Wednesday saw me finally catching up with the waxwing invasion. Three visited Grange Park about 400m west of the patch boundary. Despite climbing to the top of the scaffolding, currently erected for plastering purposes,  I was unable to add them to the patch list, I could see the trees they were in but not the birds!! 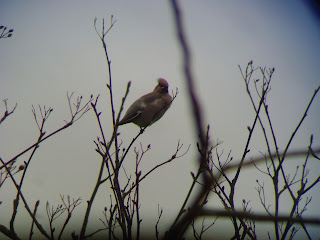 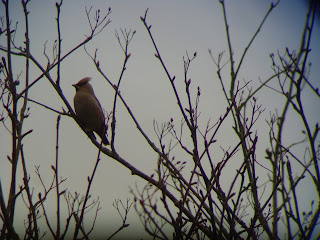 Later that day I walked back along the coast and added three ticks to the Bangor West patch including carrion crow, already seen in Bangor Central earlier in the week. 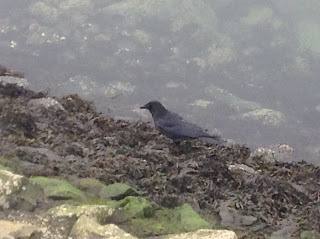 Interesting to see two black guillemot in full summer plumage as well as others still in their winter finery.

Thursday rolled round and WOW beckoned with a lesser scaup reported off shore along with 40+ scaup. I finally nailed it on a third visit on Friday and also added goldeneye, merganser, eider and black guillemot. You can see some nice photos on the NI birds blog here:

These plus a few ticks on the reserve pushed the total up to 51 for the year. All in all a good week's birding. The anticyclonic gloom made photography difficult but unusually a curlew came across to the south side near the observation room. The low tide kept numbers down but I still managed 32 species on the reserve and another 10 at Kinnegar. 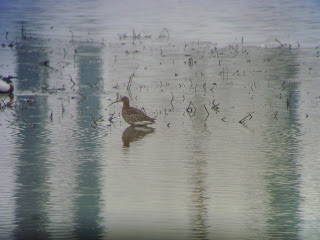