Brief update from WOW last week which was very quiet on a low tide, no feeders and mudskippers on the lagoon. This gave good and bad news. The bad news was that most birds lifted and flew off the reserve, the good news is that the camera on the tern island is being upgraded and replaced in time for the 2017 nesting season. The promise of close-ups of nesting med gulls and terns more than compensated for the scarcity of birds for a morning. I went to the end of the lane past hide 2 to view the channel as a group had gone down and ticked red-throated diver and great-crested grebe. For once I connected and got good views of both. The diver was close in but only surfacing for a second or two before going under again. Then you had to guess where it might come up. 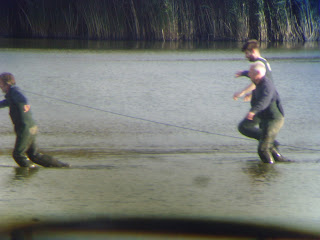 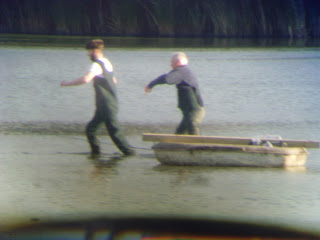 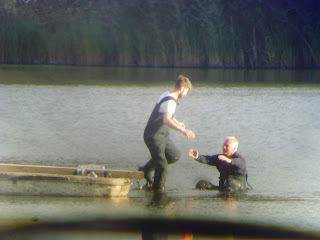 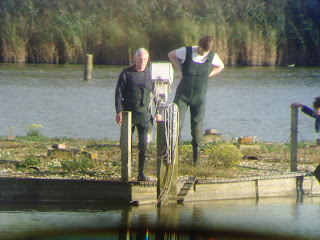 I nearly walked past it, but it moved and there it was. A good camera would have got an excellent shot but I had to make do with the ipod camera so it is blurry. Nevertheless it is superbly camouflaged on a stony beach and if it had not moved I would still be looking.

The other piece of bird news was a twitch at St John's Point for an NI first - a red-flanked bluetail. I visited on a chilly,  windy Tuesday morning along with at least eight other birders and we dipped. Suffice to say it was found on Saturday, seen on Sunday, Monday and Wednesday and has not been seen since. Nice views here - but not by me!!

More good news is that I have a new cable and the batteries are charged. I am also looking at an attachment to digiscope with an iphone - watch this space!! I am targetting 100 at WOW and 70 in North Down. Last year I had 74 in North Down but was incredibly lucky with buzzard, peregrine and kestrel, this year I only have sparrowhawk. Anyway there are two and a half months to go so I should be in with a shout.

Email ThisBlogThis!Share to TwitterShare to FacebookShare to Pinterest
Labels: WOW