The doldrums of July and August

Despite not having a lot to say I decided to give a progress report on the off chance that I have too much to do later in the month. We should be seeing early autumn waders but I suspect any which are around will simply fly elsewhere when they see the state of the water levels.  WOW is as quiet as I can remember mainly because there is virtually no water at all and anything with wings has died or flown out. There is ample water at Kinnegar as the river is still flowing there and most ducks and waders have simply re-located. The reserve still provides a high tide roost but little or no feeding. Even the terns are roosting at Kinnegar. I will do a report on Kinnegar in the near future for those of you who are unfamiliar with the geography of the area. Visitors who drop in to WOW wonder what all the fuss is about and many of our regulars have stopped coming so we are at a bit of a loss. There is not even counting to do to while away the time as there is nothing to count. Here is what has happened since late July.

The monson of late July covered about a third of the reserve with one or two inches of water. Everything turned green for a week. 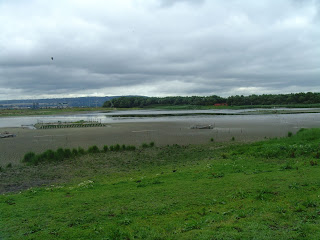 Unfortunately it all disappeared in the next week and since then it has steadily got worse. Today it looked like this and we struggled to 21 species although Kinnegar added another 10. The fact that it waas low tide at 0920 probably didn't help. 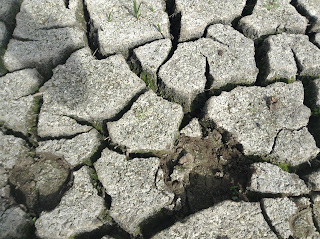 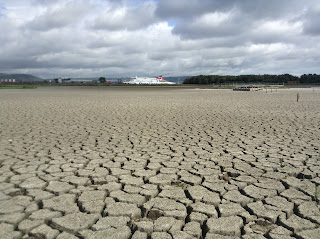 There are over 50 moorhens in the reserve but sometimes you see none at all and at other times 30+ appear from the reeds, some still come up to the window looking for millet. 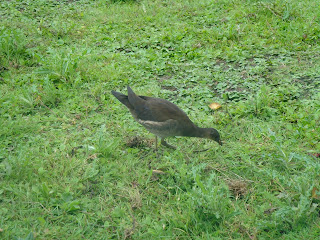 The 21 species did provide a couple of good birds in a peregrine which occasionally does a flypast and a roseate tern which has been around off and on for a week or more. It is ringed and originates from the colony at Rockabill near Dublin.

This little beauty boosted the year totals but other than that things are slow! Roll on the autumn migration, a good soaking and lower temperatures - I can't believe I just wrote that!!