Didn't realise it was so long since I updated, how time flies when your'e chasing migrants. We had a week in England which delivered a few goodies then once back things were kicking in at home and at WOW. Let's go in date order.

Firstly a couple of garden shots before the feeders come down for the summer.


I had a walk along the coastal path early one morning in April and got some nice shots but no new birds. Lots of singers, swallow mipit, eider and a pair of merganser. Haven't seen merganser in years and suddenly twice in a month - that's birding for you. The boat was dropping lobster pots along the shore. 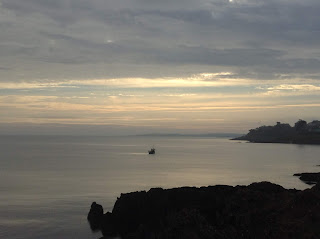 A walk round Elton Reservoir in Bury - the local patch when I am in Bolton - gave me the first sand martins, house martins and swifts as well as two little ringed plovers.  A long weekend in Center Parcs in the lakes was surprisingly good. Whinfell Park is set in one corner of a large forest where two thirds of the trees are Scots pine and it is a red squirrel sanctuary. Willow warbler was the first bird I heard when I wound down the window at security and it was followed by chiffchaff and blackcap. It has several feeding areas and wildlife is all over the place and common species are easy for children to see.  The stand out bird was a pair of displaying tree pipits between the quad bike course and the archery Picked up by the unknown song, and then the textbook parachute display flight. We also had drumming GSW, treecreeper, siskin and singing song thrush. 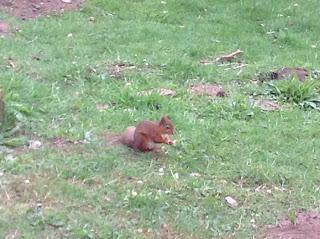 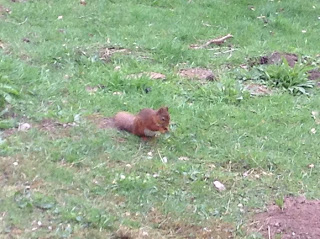 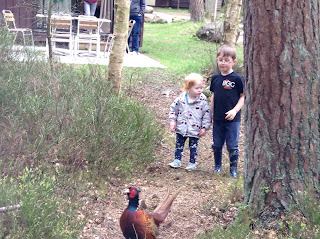 We managed a day at Leighton Moss RSPB, a place which has long been on the wish list. There are 5 specialities of which I managed one - marsh harrier, but there was ample compensation in a total of 47 species and a few 2018 ticks I would struggle for at home - garden warbler, reed warbler, cetti's warbler and marsh tit. There was a scaup which is unusual for Leighton Moss but I wasn't as enthusiastic as some of the locals who were flocking to see it. Bitterns weren't boming, ospreys weren't fishing, avocets were too far away on a limited time scale and it was too windy for bearded tits. Must get back some day!


Back home and summer had hit WOW, winter ducks are gone or in single figures and we got a full set of hirundines, swift, common and arctic terns, little gull and common sandpiper. There are at least four Mediterranean gull nests and 13 individuals have been spotted. There was also two ringed black-tailed godwits, one an old friend we have seen quite often, the other a "new" bird to WOW. We're still waiting for the history. The mute swans are on eggs and at least one set of coot chicks have hatched. In the near future you will be getting lots of baby photos.