Islay 2 and ton up

First a few more shots from Islay taken by Horace Reid who is clearly a better photographer than I am and also has a better camera which he knows how to use. He was there on the Friday. The pictures are superb,  what is lacking is the soundscape which was equally good. I never thought to take a video, but I suspect it would be a letdown. 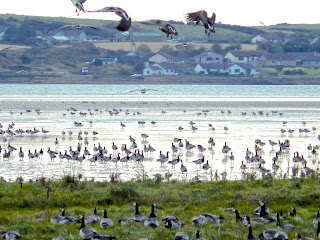 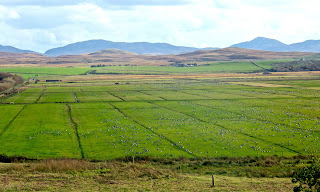 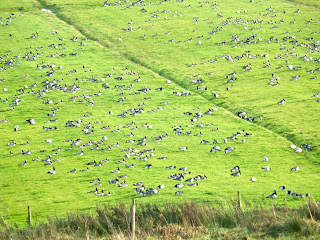 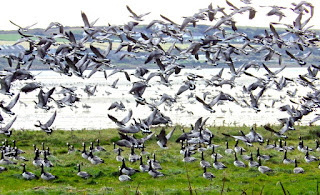 WOW on Thursday had 29 species and at long last a peregrine appeared. It spoooked everything but we stil saw 5 snipe, 60 golden plover and a little stint. My SD card was in the computer, so no photos. On Saturday Daniel Newton reported a long-tailed duck off Kinnegar so on Sunday I called in to see if it was still there. Pulled up in the car park and there was Daniel with the duck in his scope!!  We also had a young razorbilll close in and a wheen of mergansers. On checking my lists later I realised I had omitted to record guillemot on the day I saw the diver, too excited or more likely thought it was already recorded. This is a long-winded way of saying that the "old squaw" was number 100. Thankyou Daniel. West Bangor is still stuck on 69 but divers have been seen off the coast so I live in hope. We are heading for Bolton for a few days so I am still in with a shout of a willow tit or some other exotic English species.


The shot of Belfast Lough at Kinnegar last Sunday is what I would call a millpond. The trip to and from Islay is what the boatman calls a millpond ie no white caps on the waves. I think we are going to have to agree to differ on this one.