With a title like that I should get lots of hits from people looking for a cartoon character, but NO, this is WOW frozen for the first time since I started volunteering there in June 2015. 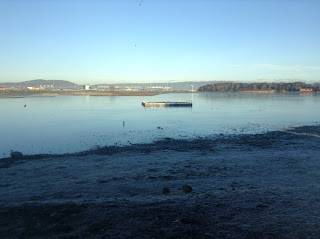 This meant that birds were at a premium. We struggled to reach 20 species and apart from 180 curlew and about 25 lapwing there were no waders. The only duck was teal  and empty feeders meant fewer passerines. The low tide probably didn't help either. The two female pheasants were around for the third week. As usual they favoured the area in front of the observation room.

Last week was a little better and we had full feeders and softer ground for feeding mallards.


Patch birding in Bangor West is now clutching at straws as I have ticked most of the stuff I should see and am wating for a bit of luck. I finally managed a red-throated diver in Ballyholme Bay but three walks in the last ten days have not added any new birds. In fact Tuesday's walk saw the roughest seas for some time and very few birds were around. 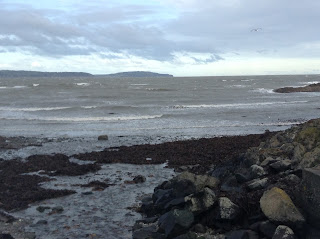 Its all very well having five weeks to go but there is not much to hope for apart from a waxwing or a brambling. I still have never seen mute swan or coot on the Bangor West patch and that is a long shot in shorter darker days. Anyway targets were 70 for Bangor and 100 for WOW and both have been hit.