Beautiful morning, excellent visibility, no wind and a high tide, just the job for three hours at WOW. The highlight was a mediterranean gull, a second winter apparently.
The 700 + blackwits are starting to moult into their summer breeding plumage and with some millet spread around they were right in front of the window, so close you did not need binoculars. The black-headed gulls are back in force with 750+, but duck and lapwing numbers are on the slide and the wigeon have gone.

Despite not being able to see many birds it is quite nice at night as well especially when it is as flat as this. 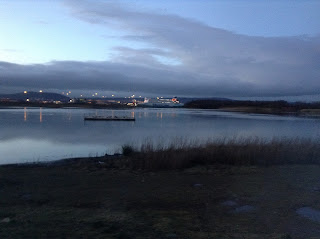 The Bangor West front has been very quiet of late but the garden has produced a bit of sparrowhawk action. Still hasn't caught anything but has been through at least three times in the last week. First shot he sat in the tree and refused to turn round. 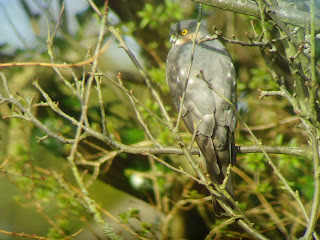 However on Tuesday he posed on the bird table , presumably looking for lunch. Fortunately for them they had all vanished when he wheeled over the hedge. 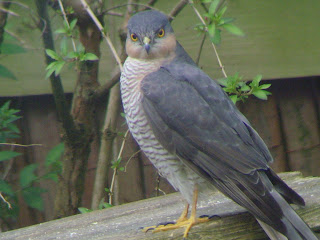 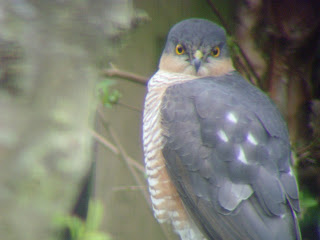