Another trip to London and a wander round Kensington Gardens and Hyde Park en route to a meeting in Greenwich. I spent some time encouraging birds to feed off my hand and managed to tempt great tit, blue tit starling and parakeet. I also saw one of the little owls and nuthatch. The nuthatch does not come to hand, but will lift pine nuts if you set them on the railing and move back. Mind you he has to beat the tits that are in quickly if he hangs around. Again all pictures  are taken with the iPod or phone, I really should invest in a good camera. 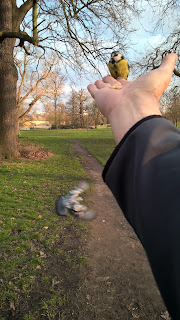 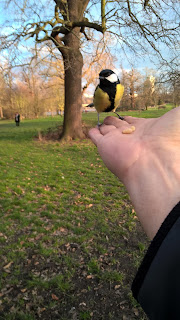 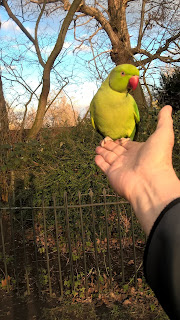 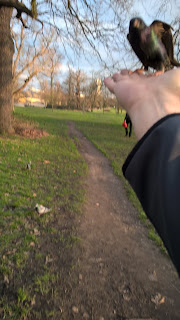 The famous black swan was around the Lido area, he features on the following blog where his daily philanderings/menage au trois is chronicled by RalphHancock here: 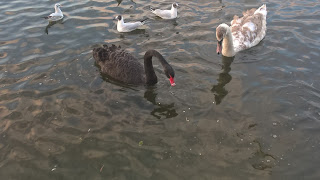 The following day I decided not to visit my usual haunt at Barnes WWT site as I have been there a fair bit and was there at the start of February. Instead I went to one of London’s historic cemeteries, Tower Hamlets Cemetery Park where a firecrest had been regularly seen. To cut a long story short I did see it after two and a half hours and several false alarms. The false alarms were a wren, two blue tits a treecreeper, a goldcrest and a chiffchaff. The goldcrest in particular had me for a minute until I saw the head clearly and realised there was no eye stripe. No mistaking the firecrest once I saw it, bigger, obvious eye stripe and more orangey bronze on the shoulders – a cracking little bird. Two displaying sparrowhawks and four jays were also seen in a small wooded area in the east end of London. I logged twenty species in three hours including a couple of flyovers and a drumming woodpecker. If you think of your local woodland and add a lot of old gravestones then you have an idea what it is like. It is managed as a nature reserve rather than a cemetery. There is a link to more information here, and if you were in the area it is a nice peaceful spot to wander around in a very built up inner city: 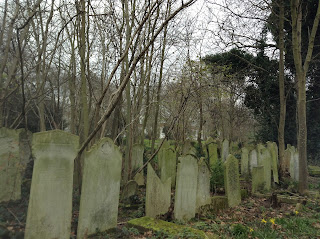 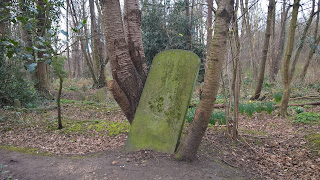 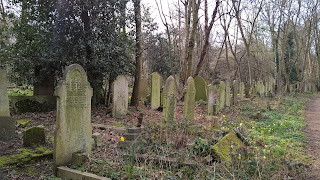