A long weekend in Vence added a few year ticks but was not as productive as I had hoped. There were good numbers of swifts overhead and collared doves galore but very few singing warblers, and raptors were scarce. A walk round Cap Ferrat produced yellow-legged gull and a singing garden warbler. 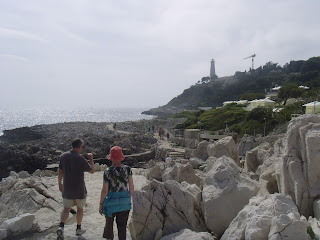 A walk up the gorge of the River Loup produced a golden eagle, a family of dippers, crag martin and grey wagtail. This is a spectacular walk as the Gorge narrows in as you get higher.

We also visited a hilltop village called Gourdon where there was a black redstart on a TV aerial and we were able to look down on a peregrine falcon perched on a rocky outcrop 200m below us.