Two notable patchwork ticks today, one an outsider you hope for but normally do not get, the other one I should get with a bit of work, but which fell into my lap in the garden. Photos of the jay below. 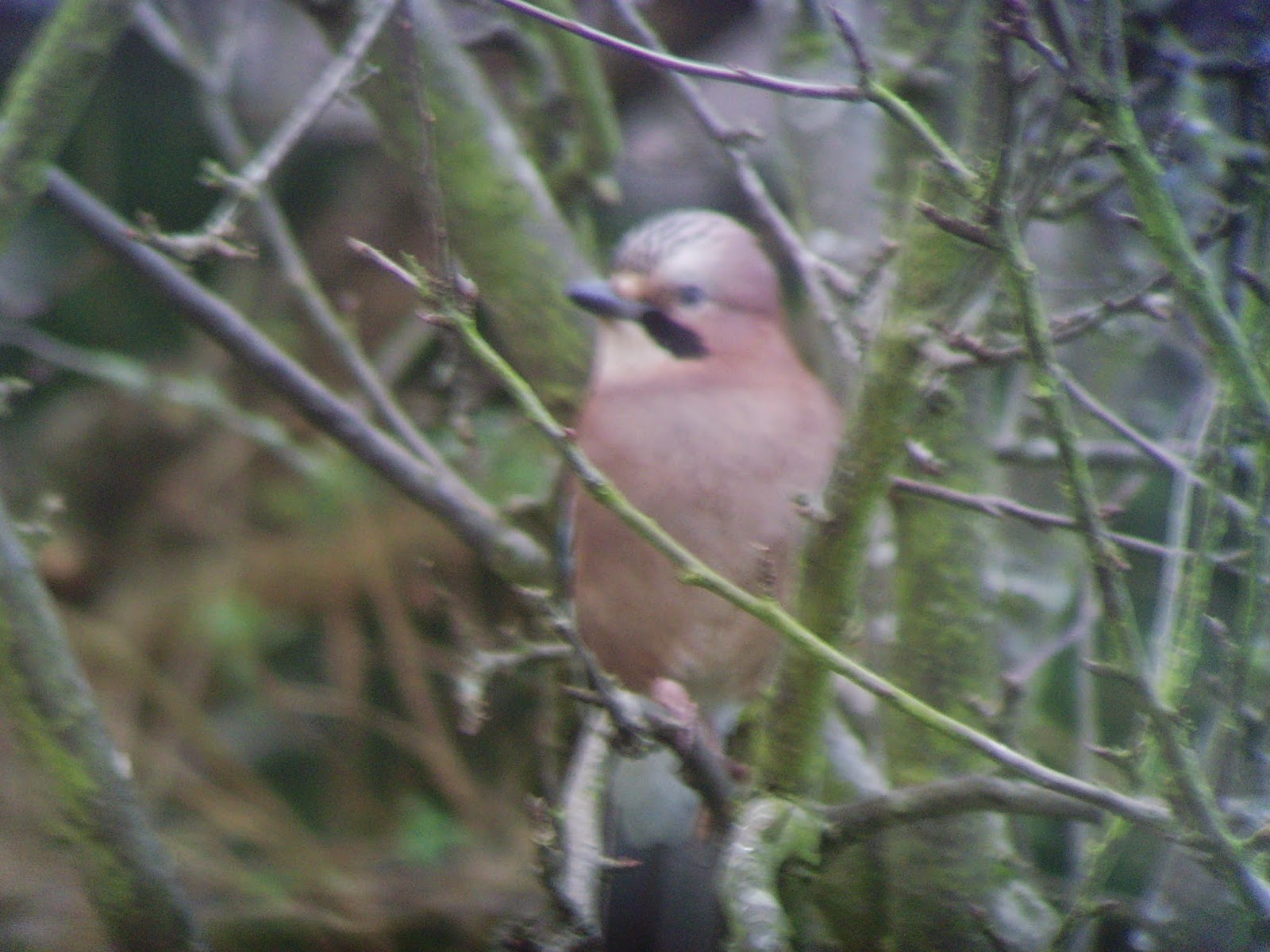 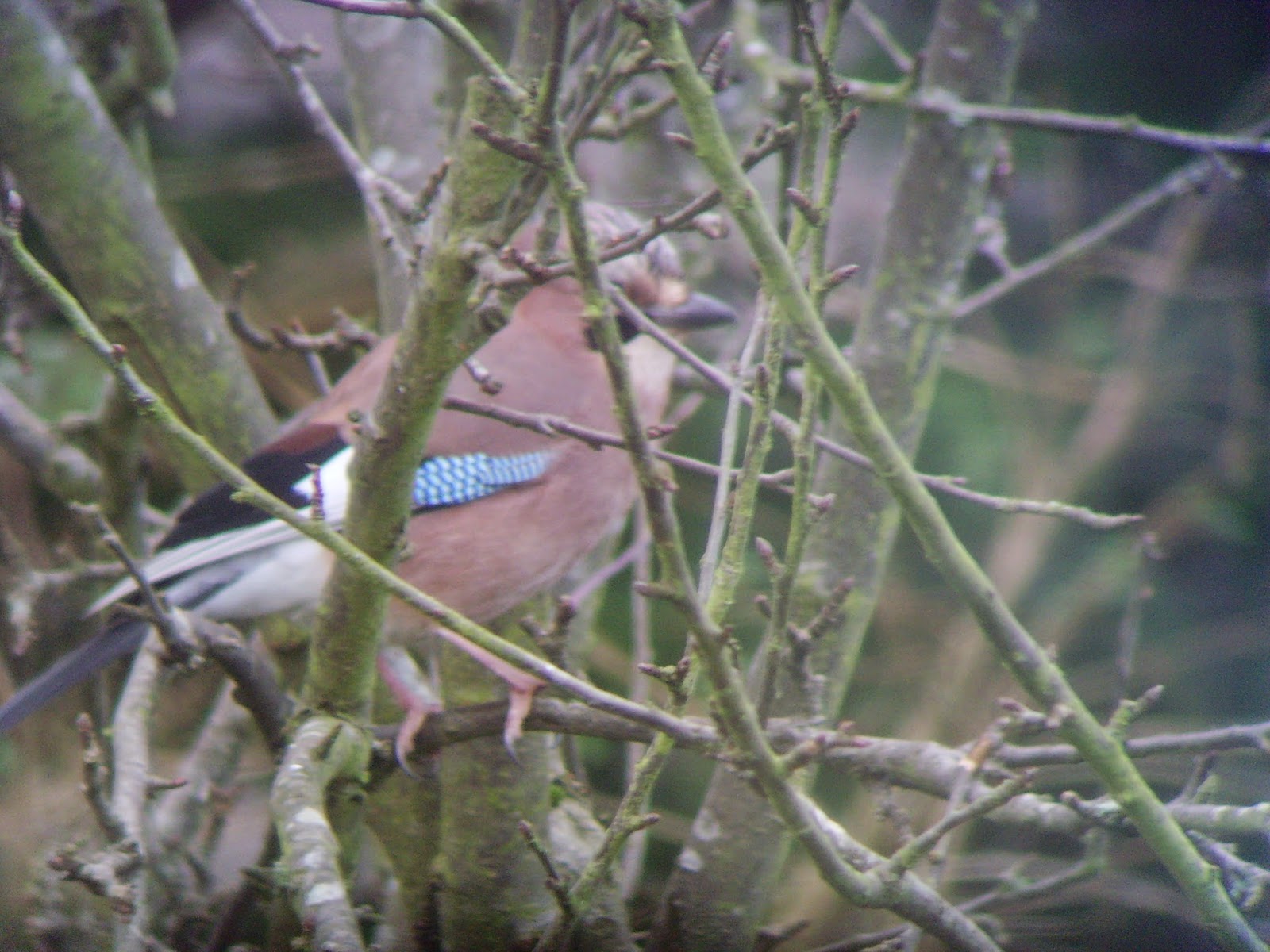 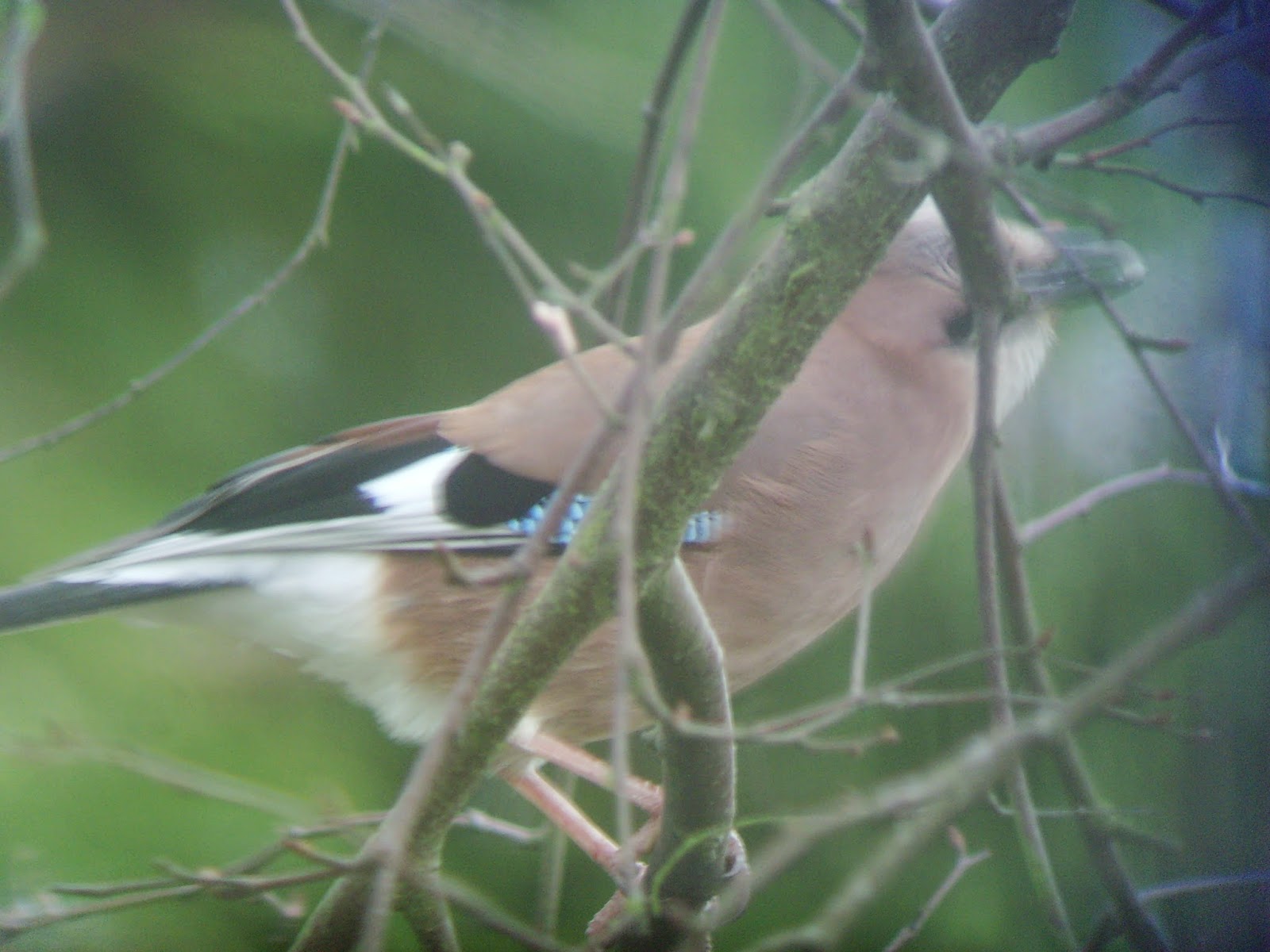 Not a co-operative subject as it was  a very mobile jay and well tucked in feeding on scattered peanuts.  A notable visitor to an urban garden. The second was even more unexpected as I was sitting in The Salty Dog overlooking Bangor Marina with Tanya and a couple of friends having a leisurely lunch  when a peregrine put in an appearance, circled a couple of times and as I scrambled for binoculars it flew over the building we were in and that was that. The coffee order was a bit of a shambles and I am sure the waitress wondered what was going on. There are three breeding pairs within ten miles so there is always a chance of one. I have seen them at Ballymacormick Point and Groomsport in the past - about three miles east, but never over Bangor. Nice way to end the week. Tomorrow my birding pal David and I are heading off on our annual trip round Strangford Lough. There will be no patch ticks but hopefully a lot of 2015 birds. I will throw in a report in the near future.