Happy days are here again with another six weeks of lockdown which will bring us to early March and the spring migrants. Last year I despaired of hearing willow warbler and it looks like the same again this year if it is extended over Easter. I am still out exercising - mainly along the coastal path but I have mopped up all the expected ticks except curlew and lapwing and the list is now on 48. The lapwing flock which was there in early December has legged it somewhere else and I haven't managed a curlew yet. I'm afraid you are getting a selection of garden birds and an update on the Birdwatch Ireland garden bird survey which runs for 13 weeks and wants to know the highest numbers of each species seen in the garden a week at a time. To date I have logged 28 species including a maximum of  3 blackcaps, 4 bullfinches, 11 blackbirds, 11 starlings, 1 goldcrest, 1 house sparrow and 5 linnets.  Today I had a pair of siskins, the first since 2018, they are not annual and not easily seen but today's cold spell might have helped. I have added herring gulls by putting out mince pies which were past their sell by date. I'm not supposed to count flyovers but there hasn't been anything which didn't drop in for a quick bite.  My spring lockdown list ended up at 31 but that had swallow, house martin and swift on, so  I have basically the same species all year round.

A couple of rays of light to cheer you up, it is light till five o' clock and I have snowdrops and crocuses in flower in small numbers. Also my outside Christmas lights are still on to provide some winter cheer. Apparently you can keep decorations up until Candlemas which is February 1st. Mine will stay until the batteries run out. I will also throw in a few pictures of the garden as I haven't featured it for a few years. 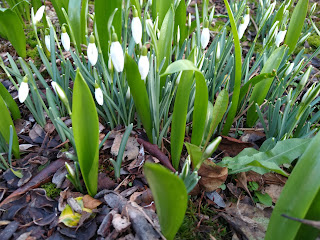 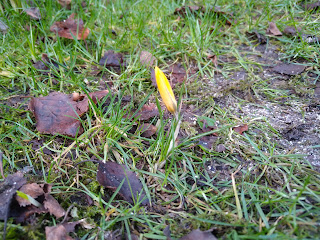 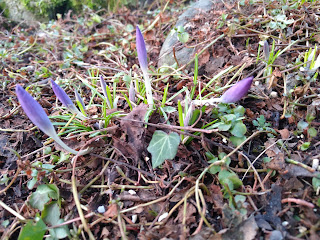 I ground feed a softbill mix, raisins and mealworms which pulls in the blackbirds, magpies, woodpigeons and collared doves. The tits, finches and smaller stuff use the feeders and occasionally the ground (dunnock and robin especially). Here is a selection of visitors.

A quick visit to WOW en route to an essential run to Belfast added 7 to the list which has reached 30 - in two visits. The highlight was 300 shelduck and 60+ wigeon as well as rook and jackdaw.