Quite an enjoyable and productive trip to England with some birding squeezed in between family comittments. We managed a quick trip to Cresswell and Druridge Pools in Northumberland, a couple of hours at Leighton Moss RSPB near Lancaster , a quick round of Martin Mere WWT in Lancs  and a few walks in Leverhulme, Tonge and Elton Reservoir around the Bolton/Bury area. The weather was kind and the 2020 list crawled up. The local lists have not changed despite a couple of local walks and a quick trip to WOW.

Richard's garden in Bolton gave a good variety of birds including nuthatch as a regular visitor. He has had a great spotted woodpecker but not while I was there. Here's a selection taken whilst waiting to see if the nuthatch would drop in - it did - but only briefly and the shots are what we poor photographers call "record shots".  I have nicknamed him "Lightning" as he is in and out in a flash. Hopefully the regular food supply will attract both nuthatch and woodpecker regularly over the winter. Bolton also provided a calling tawny owl on more than one occasion and an early walk at Elton finally added great spotted woodpecker to the list and I also learned to listen for the contact call.


Druridge and Cresswell added avocet, barnacle goose, whimbrel and sedge warbler. There was also a nice ruff which had me thinking mega wader! 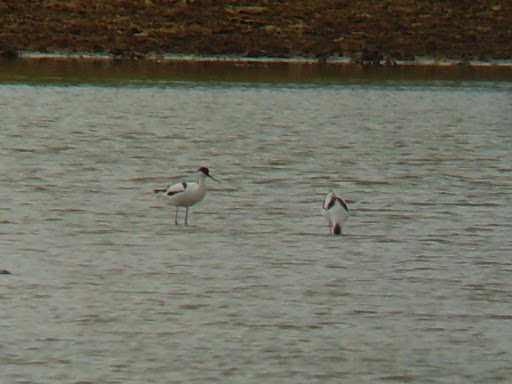 Leighton Moss added hobby and marsh tit, two birds which are virtually impossible to get at home, so all in all it was a good trip. I managed to get back in time to find the spotted sandpiper at Castle Espie - a five mnute sighting in a two and a half hour wait, plus an earlier one and a half hour no show. I suppose that 4 hours is worth it for getting a lifer. Unfortunately I could not get a shot of it but there are quite a few on the NI Birds website.  Also managed a lucky wheatear in the Antrim Hills, it flew across the road in front of the car!!

I have borrowed a trailcamera to see what happens in the garden as I have posted a couple of photos of hedgehogs previously. Here we have hedgehog cam showing two hogs, one on the grass and one at the back near the edging. I am now experimenting with different foods. Unfortunately the bird-killing cat seems to think that the food is for him.