Time for a catch up from the patches. The coastal path/garden has moved slowly mainly because I have not walked  the coastal path of late and I have cleaned up most of the garden species. I finally nailed a male blackcap during the garden birdwatch - only a month late. WOW has been very quiet as well. I normally add a few species every week in January but this week we had 32 species none of which were new. Last week a blackcap visited the feeders and the estuary added black guillemot.


I have been in four primary schools this week doing the big schools garden birdwatch and that was its usual fun time. Highlights were as follows:
Bangor Central has a small stand of alders which were visited by two treecreepers who spent 20/25 minutes giving the best treecreeper views I have ever seen - in over forty years of birding!! Two classes and their teachers had brilliant views of a bird they had never heard of never mind seen.
St Comgalls had a blackcap and a flock of redwings.
Grange had a hooded crow.
Crawfordsburn had its usual house sparrow flock, a greenfinch, 7 redwing and brilliant views of a singing wren. I had heard it and used a playback tape and it popped up to the top of a bush and gave us all full welly. The pupils and teachers were well impressed by how much noise a small bird can make.


I visited a site today and picked up yellowhammer and tree sparrow after a tip off. Can't say where but suffice it to say its the first yellowhammer I've seen in Northern Ireland for over ten years. I usually pick them up at Cresswell in Northumberland but even there not since 2017. I was one happy bunny today. As the days are stretching out and temperatures edge up birds are singing (wood pigeon, collared dove, blackbird, wren and robin all singing today.) and starting to do a bit of chasing around. As they say in Sierra Leone they are getting "jiggy jiggy" - roll on spring. PS All treecreeper pictures were taken by my birding pal David who had his point and shoot camera with him just in case!! I think he did very well. There are also a few from the WOW feeders and a wren in the garden. The WOW feeders had 10 greenfinches last week which is great as they have had a hard time recently. 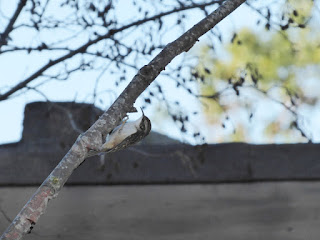 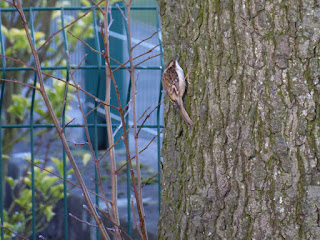 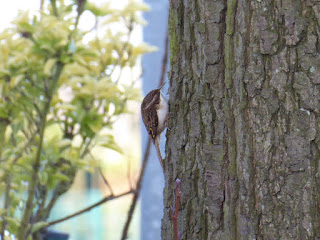 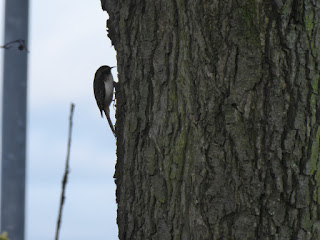