As you know we have had a long dry spell and when I left three weeks ago water levels were dropping, but even I was gobsmacked when I turned up on Thursday to see that it has virtually dried out. There are a few muddy puddles and some wet mud, but there's not a lot of water and it will need serious rain to fill it up again. I remember it as bad as this a few years ago and it eventually recovered, so fingers crossed. 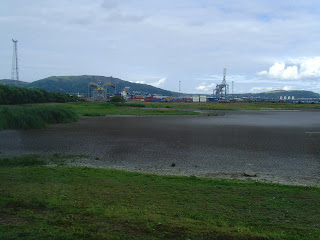 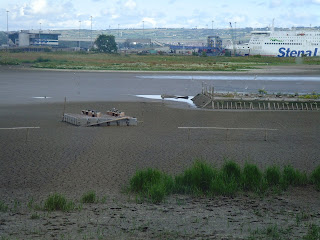 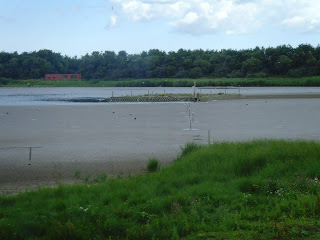 The new tern islands are grounded and the old platforms are high and dry. Despite this I managed 28 species including two snipe along the far reeds, 2 bullfinches on the feeders and a sedge warbler from Hide 2. This is the best place to see the terns as they are sitting on the planks. Early morning and late evening observers have seen roseate terns and one lucky watcher spotted a newly fledged ringed Mediterranean gull which was ringed this year in Germany!! There were counts of 140+ black-headed gull, 300+ common tern, 15 arctic terns, and 10 lapwing. We don't know what has happened to the cygnets as they can't fly yet, so they can't get out due to the foxproof fence. At some stage in the next month we need a monsoon thunderstorm in the Harbour Estate, localised of course so as we do not ruin everyone else's summer. If you are thinking of calling in please bring a bucket of water with you.