Another mini cold spell meant few migrants have arrived and a lot of the winter visitors are hanging on.  I decided to post  rather than wait for loads to happen at once so here goes. The most exciting find at WOW was a ringed black-headed gull which came all the way from Comber! It was ringed at Castle Espie in June 2014 but has not been spotted since it was seen in Mill Quarter Bay on the west side of Strangford in October 2015. Hopefully it will breed at WOW this year. 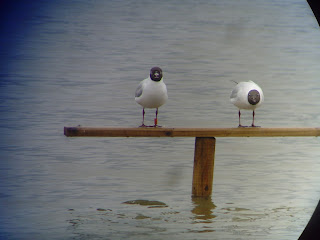 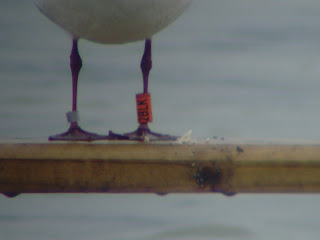 I managed 37 species including a greenshank at Kinnegar and five litttle grebe - the most we have ever seen at WOW. No odd gulls but Med, iceland and ring billed were seen later in the week. The Bangor patch is also quiet but a brief walk on Saturday turned up three mallard on the top pond at Strickland's Glen and a pair of mistle thrush on the adjacent football pitch as well as a couple of song thrush. The garden was busy, but nothing new this week. Ducks at WOW continue to give nice views as seen below.


Migrants are appearing in ones and twos in Southern Ireland but nothing will venture north until the wind changes direction and the temperatures rise. We wait in hope of warmer days and the clocks spring forward next weekend  :-).