A lot to catch up on as I have been busy over the last couple of weeks and migration is in full swing. First stop was Kensington Gardens and Hyde Park en route to a meeting in Reading. The red kites there gave brilliant views and there were 8 in the sky at one time.  I hoped to get red-crested pochard and mandarin and as you can see I managed both.


The mandarin led me a merry dance as I started at the Peter Pan statue where the posts are and walked right round the lake and back. This took the most of an hour. When I arrived back the female mandarin was perched on the post and whilst trying to get a shot I noticed a movement at my feet and there was the male on the path! I also saw and heard chiffchaff and willow warbler. The highlight of the day was the little owl which popped out of his hole around 1900. While I was looking for the owl the parakeets were coming to be fed by the local lady who feeds them. 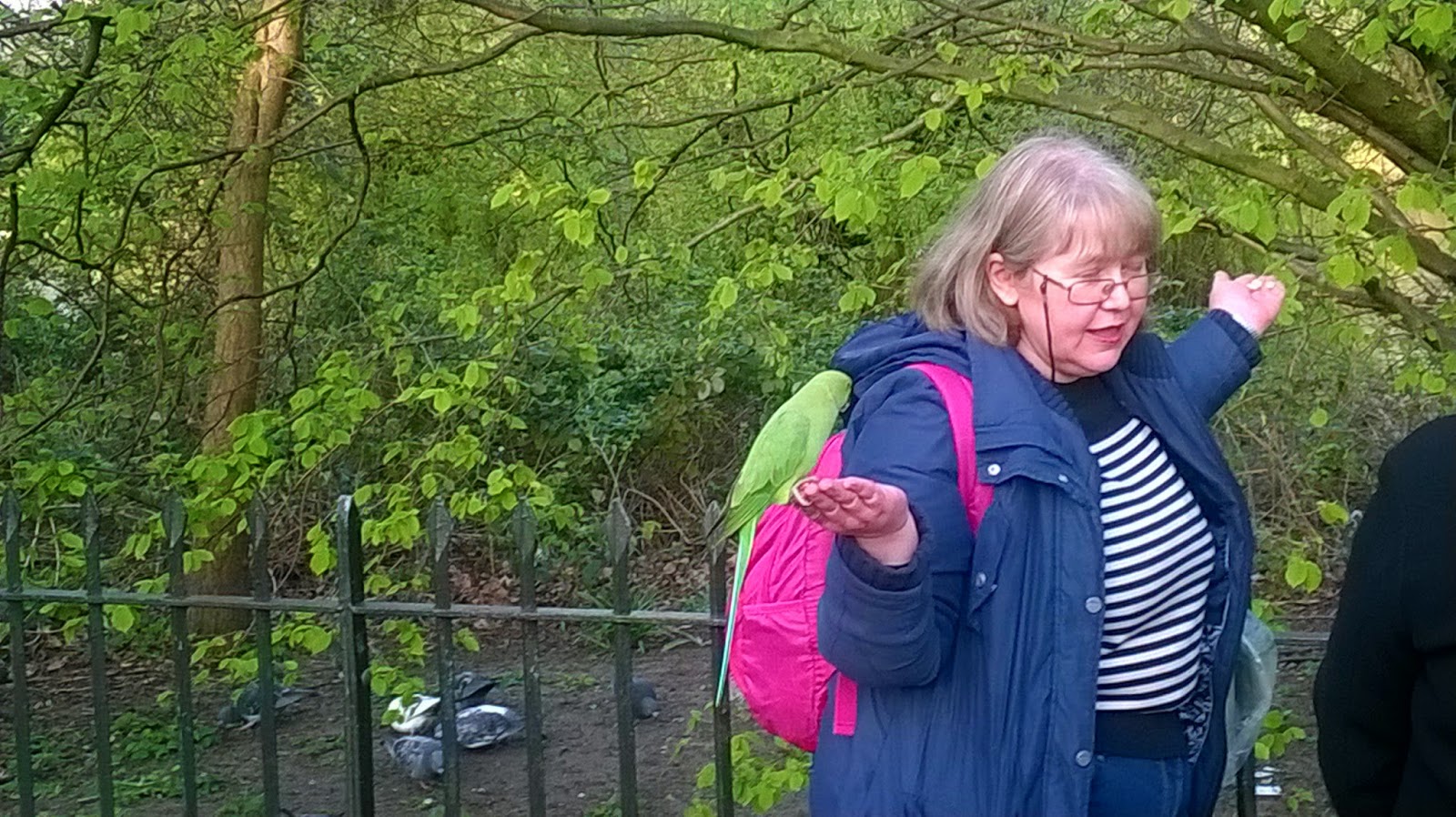 I was watching the little owl and was being buzzed by tits clearly expecting to be fed so I stood still and held my hand out and both blue tit and great tit landed on my empty hand, looked at me in disgust and flew off. Next time I will bring food and have the camera ready.There is no bother adding Egyptian geese to your lists, they are everywhere in the Park.

I also saw the pigeon eating lesser black backed gull but as you can see the pigeons are giving him a wide berth and catching his tea is not as easy as it once was. His favourite hunting method is to sidle up to the prey and catch it unawares before flying off with it to drown it. Once dead it is ripped apart at leisure. The pigeon corpses round the lake put people on to this and eventually he was seen in action. There is a YouTube clip somewhere you can look at.
Posted by derek at 08:24