Was in London for two days this week and as usual I booked a later flight to make a short trip to the WWT reserve at Barnes Elms near Hammersmith/Putney. I have been calling in here for about 7 years on a bi- monthly basis and I think I can truly say I have never been disappointed. My list has always at least one good bird. It may only be a green woodpecker, but for someone from Northern Ireland that is a rare bird indeed. This week was no exception as I had peregrine, bittern and cetti's warbler before I ticked blackbird. I added nine species to the 2015 list: bittern, cetti's warbler,  greylag, egyptian and canada goose, pochard, green woodpecker, ring necked parakeet and stonechat.Total was 42 (the best is 48 in March 2013).As you can see there was a light snow fall which gave the place a wintry look. Hopefully I will be there later in the year and you can see what the seasons do to the vegetation.

I left a trifle early as I was heading for London City Airport, so I broke my journey in Central London to have a look for the owls in Kensington Gardens and Hyde Park. Unfortunately I was too early for the owls as they tend to appear in the late afternoon and I was away by 2.30. I did however see nuthatch and parakeets coming to be hand fed. 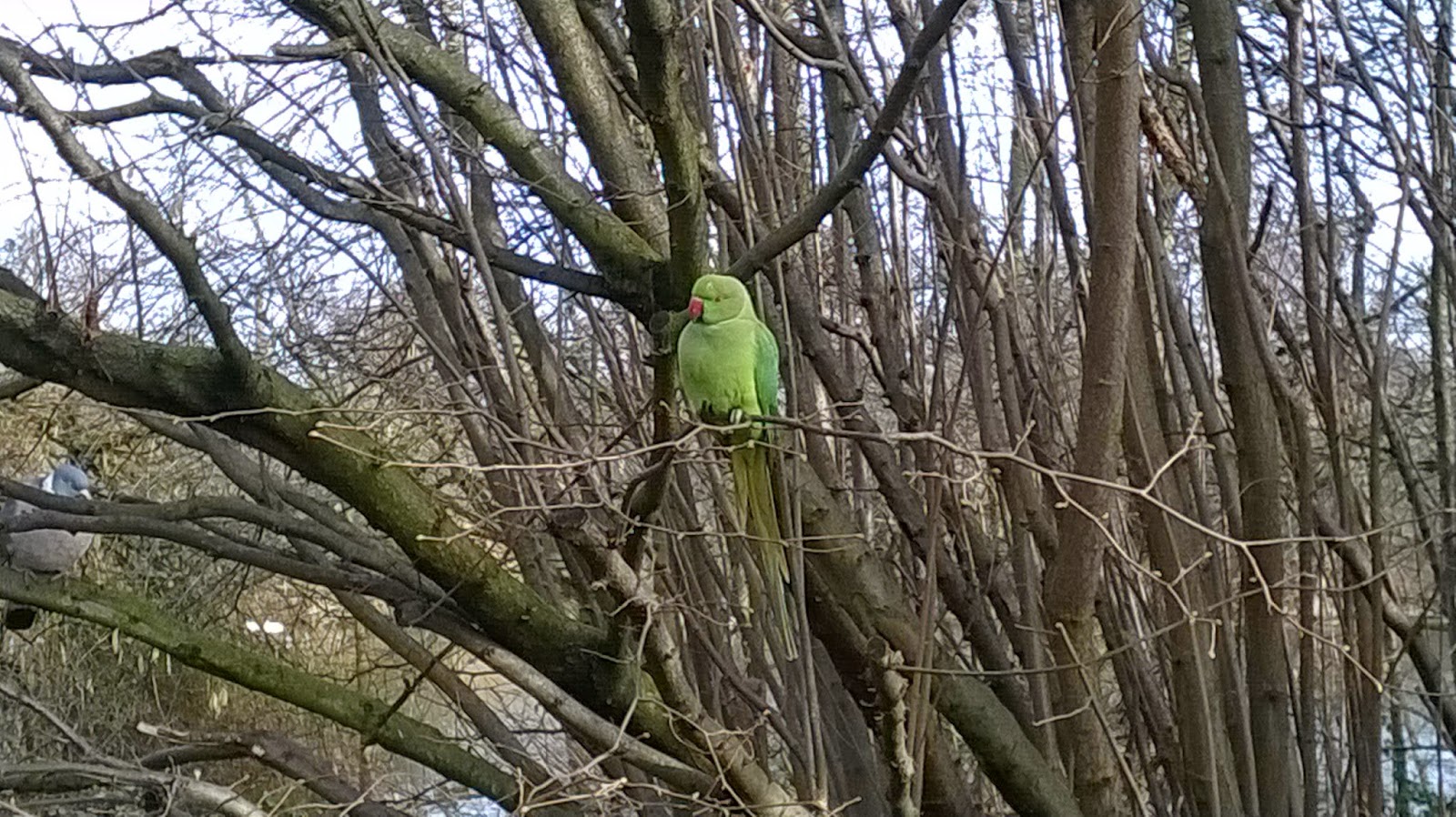 I know where the little and tawny owls are to be found and with luck I will see them later in the year.There is an excellent blog about birds in the Park which can be accessed here.

http://kensingtongardensandhydeparkbirds.blogspot.co.uk/
Posted by derek at 15:21