Majorca 2017 was just as good as 2016, but with better birds and more of them. We had a car for a few days and were able to get a bit further afield to Lluc Monastery, Cuber Reservoir, Cap Formentor, Albuferata, and Son Real as well as the local stuff round Puerto Pollensa. We also had longer at Albufera but still didn’t get round the long walk. There is so much to see there you could spend most of the day in one or two hides.The migration was in full swing and the weather was kind for birding. Most of the good bird pictures were taken by my good friend and birding pal David (Dusty) Miller who has a better camera and more patience than me. Thanks for the memories!!


Can Curassa gave good views of spotted redshank, common sandpiper and yellow wagtail plus our first singing nightingale.We took the bus there, birded for an hour, lunched at the restaurant and walked back along the beach road. The inland lanes might have offered a better alternative but not the Audouin's gulls.

Next day we took a bus to Cala de San Vincenc and walked out to the headland and back. Stunning views plus osprey, shag, and redstart.

The same evening we went to the front for coffee and an ice cream and walked up through a small local park to get back to the hotel. As you can see from the photographs it is only about 200m long and 50 m wide and is an urban environment with dog runs, playground, exercise equipment etc., but it was dripping with warblers. I have never ever seen as many. 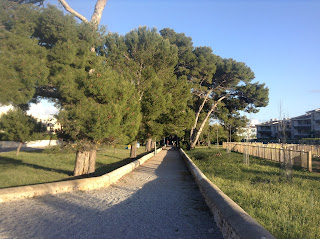 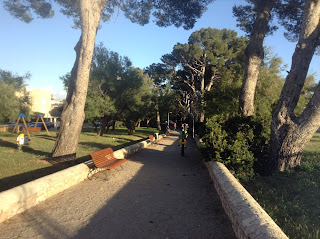 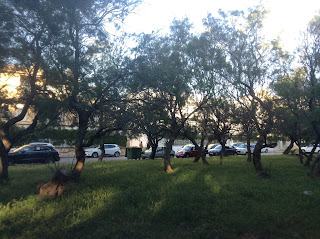 Having read about “falls” of birds on the east coast of England where there are so many birds you don’t know where to look I finally experienced something similar for myself.  The birds were mainly willow warbler and chiffchaff but there were also garden warblers, whitethroats, spotted and pied flycatchers, wood warblers and redstarts. I literally had no idea where to look next and every time I focused on something another bird moved and caught my eye. An English birder who was also there said it had been like that for three days. Later in the week it still produced birds but less numbers and less variety.If you are fortunate enough to be there in April or May and are staying at that end of the resort it is worth checking. It runs towards the coast from the Boquer Valley roundabout.

Next day we picked up the car and headed for the mountains. We had been warned about the MAMILs but were totally unprepared for the sheer numbers of them. We reckoned there were 7 - 800 crawling up and about 3 - 400 zooming down. Some even passed us on the way down. The visit to Lluc took us into the mountains and we were rewarded with booted eagle, black vulture, more nightingales and two firecrests at close range in the botanical garden

By the time we arrived at Cuber it was 3.00pm so our walk was short on small birds apart from even more nightingales. We did however see more small eagles, red kite and raven. Unfortunately vultures eluded us.
The next day was spent at Albufera which delivered in spades. The egret roost on the way in had cattle egret, little egret, squacco heron and night heron. The full list is in the 2017 firsts but the highlights were osprey, all three plovers, stone curlew, little stint, green sandpiper, cetti’s warbler, reed warbler, great reed warbler, and collared pratincole.  A late lesser kestrel over the hotel was the icing on the cake.

The following photos were all taken by David Miller from the Es Cibollar hides. I had to be brutal in selection as David had quite a few images.


We then moved to the Es Colombars hide where we had not been in 2016, Again all the photos are David's.


We then legged it back to the Sa Roca hides with a few stops en route and were fortunate to connect with the bird of the day and a squacco heron.

All this and we still haven't done the long walk round the perimeter or found the Son Bosc deck. Nothing else for it we will have to do a return visit. PS on the way out we came across this as well.

Cap Formentor gave us pallid swift, but we were a little early for Eleanora’s falcon. However the views are stunning the sky was blue and the sea was azure. The views are mine by the way, I can get views but not birds. 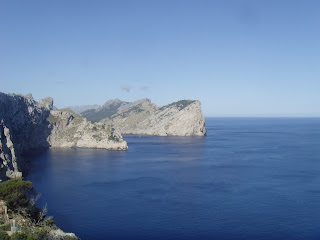 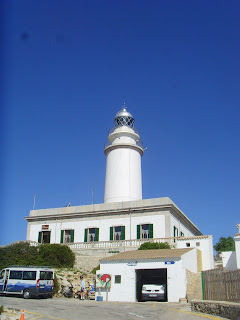 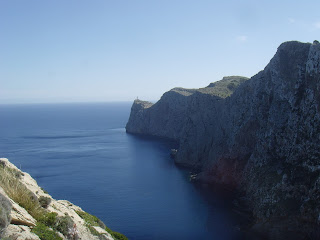 On our last day we visited Son Real – a sort of folk museum with added birds.  We had brilliant views of hoopoe, whinchat, serin and sardinian warbler, plus a couple of tortoises at the water hole. On the way home we detoured to try and find the way to Son Bosc and Depuradora. We missed the viewing platform but a couple of English birders put us on to bee-eater, turtle dove and thekla’s lark in the 5 minutes we were there.Again all the photos are David's


The total for the trip was 87 species of which 49 were 2017 firsts. No lifers this year but hey, you can’t have everything!!