A few rambles along the coast, another week at WOW and the ticks are racking up. Ballyholme Bay added dunlin and ringed plover to the NDCP patch while four mallard were over the Marina - a nice tick to get out of the way. WOW on Thursday produced two rooks, barwit, long tailed tit, knot and gadwall. The rooks were unusual for the reserve and they were there three days running. The red- breasted merganser was still showing well. 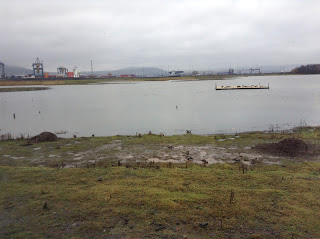 A visit to Carrrick gave rock pipit and ring-billed gull while my birding pal's garden in Carnalea had a pair of brambling and some tree sparrows.

Below are three hangovers from late 2015 of the starling murmuration at the Albert Bridge. 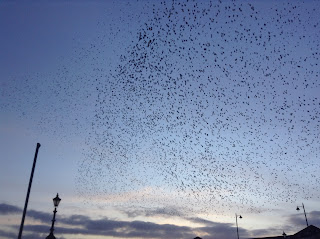 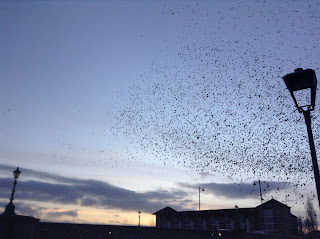