Some people are on the patch....they think it's all over. It is now!!

A last hurrah did not produce an awful lot. I have pushed the patch list up to 73 with dunlin and goldeneye. The latter popped up before Christmas in a small flock of Eider in Strickland's Bay and the dunlin finaly put in an appearance at the Long Hole.

Belfast WOW on Wednesday 30th gave 33 species including barwit, knot, siskin and 1 greenshank. Shelduck numbers were over 300. A high tide storm surge meant we could see the surface of  Belfast Lough from the observation room. Kinnegar Pool was high and empty and all the ducks on the sewage lagoon were either tufted or gadwall. It was interesting being there on a Wednesday as there is clearly a "Wednesday Club" of folk who come regularly that day in the same way as there is a "Thursday Club" the following day.

I wandered along the coastal path late on the 30th to try for a sheltering diver but no such luck. The river was in full spate and the tide was still high two hours after the peak. The wind had dropped, Frank had moved on and the patch was well worth the walk for the views alone. Bird wise there was nothing out of the ordinary except for two song thrushes foraging along a hedge. 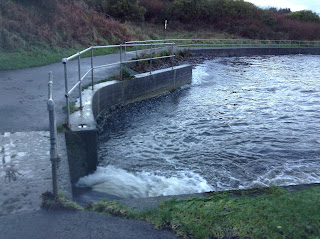 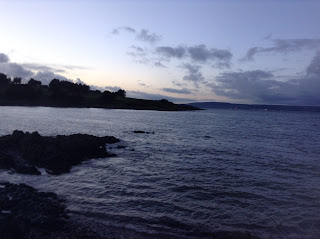 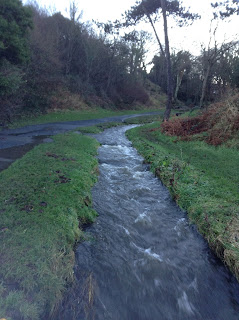 I am running an amended patch fro 2016, dropping Castle Park and extending the coastal walk to Ballyholme Bay. I also plan to run a patch on the RSPB Belfast Harbour Reserve/Kinnegar. Next year I hope to be with the GAWA in France for Euro 2016 so the year list might get a continental boost.